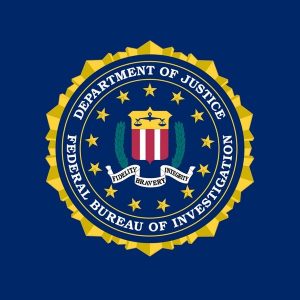 Among the casualties of our domestic political war is the abandonment of professional standards. For proof, consider how two of America’s premier institutions are being dragged through the mud because their leaders decided that standards are for other people.

I speak of the FBI and The New York Times, and the men who damaged them, James Comey and Dean Baquet. It is no coincidence that Baquet’s newspaper became an errand boy for Comey’s corrupt team of G-men. Birds of a feather, you know. They were united against Donald Trump. Both tried to block him from becoming president, and both tried to get him removed. And are still trying.

Comey and Baquet decided their agendas were more important than the time-tested rules of behavior that built the credibility of their respective institutions. Like arrogant leaders everywhere, they believed the end justified the means.
The standards that Comey trashed are the ones the inspector general of the Justice Department, Michael Horowitz, cited in referring Comey for criminal prosecution. By writing memos about his meetings with Trump and leaking them to the Times, Comey created a “dangerous example” for other agents, Horowitz said. His concern, he told Congress, was that Comey, even as FBI director, had no right to decide he was “not going to follow established norms and procedures.”

Recall that Horowitz also criticized Comey last year for “usurping the authority of the attorney general” when he announced that Hillary Clinton would not face charges over her handling of classified materials. Those incidents have done incalculable harm to the nation’s top law-enforcement agency and prove that Comey’s self-created image of a choir boy was a sham. He was as dirty as J. Edgar Hoover but not half as smart. And the full damage is not yet known. Horowitz and Attorney General Bill Barr are still investigating what else Comey, his disgraced former deputy Andrew McCabe, and others did in their bid to stop Trump in 2016.

As for Baquet, the Times’ executive editor announced with bravado in 2016 that the struggle for fairness was over. Trump, he proclaimed, had “changed journalism,” which was Baquet’s way of rationalizing his decision to eliminate the rules that had separated news from opinion. Instantly, the floodgates opened and Times reporters attacked Trump mercilessly, with the result that the paper jettisoned its traditions of trying to be a fair observer and instead became an active player. Because Baquet and Comey were on the same side, Trump’s tenure has been a nonstop feeding frenzy driven by anonymous government sources and their media accomplices. Nearly from the moment of his election, the public was promised there was clear evidence that Trump was a Russian agent and traitor. … [To read the full article, click the following LINK – Ed.]
______________________________________________________

The Democrats’ media narrative of impeachment portrays President Trump and his administration as serial law-breakers who, true to form, obstruct all congressional investigations of wrongdoing. This then becomes the analytical framework for every new controversy. There are at least two fundamental problems with this.

First, our constitutional system is based on friction between competing branches vested with separate but closely related powers. The Framers understood that the two political branches would periodically try to usurp each other’s authorities. Congress often does this by enactments that seek to subject executive power to congressional (or judicial) supervision. Presidential pushback on such laws is not criminal obstruction; it is the Constitution in action.

Second, we’ve become so law-obsessed that we miss the forest for the trees. Often, the least important aspect of a controversy — viz., whether a law has been violated — becomes the dominant consideration. Short shrift is given to the more consequential aspects, such as whether we are being competently governed or whether power is being abused.

These problems are now playing out in the Trump controversy du jour (or should I say de l’heure?): the intelligence community whistleblower. As this column is written on Friday afternoon, the story is still evolving, with the president tweeting as ever, and the New York Times producing a report by no fewer than eight of its top journalists, joining the seven (and counting) who are working it for the Washington Post, which broke the story.

It stems from — what else? — anonymous leaks attributed to former intelligence officials. Whether they are among the stable of such retirees now on the payroll at anti-Trump cable outlets is not known. While the media purport to be deeply concerned about Trump-administration law-breaking in classified matters, there is negligible interest in whether the intelligence officials leaking to them are flouting the law.

A Promise to Ukraine?

Behind Elizabeth Warren’s trust-busting, Wall Street-bashing, the tax-the-wealthy platform is a brain trust that extends well beyond the Beltway thinkers who often rubber stamp campaign proposals.

Instead, the former Harvard professor and her tight team of policy advisers have waded deeper into the world of academia than is usual in presidential campaigns, according to interviews with more than a dozen people her campaign has consulted and a review of the scholarship underlying her plans.
Leafing through Warren’s plans posted on Medium, voters will find links to obscure academic literature from places like the Düsseldorf Institute for Competition Economics, the Upjohn Institute, the Journal of Applied Business and Economics, and the American Journal of Sociology.

The unveiling of her agriculture policy, for example, came with bold promises to take on “Big Ag.” But her policy team went into the weeds with experts beforehand, consulting texts like a recent book published by the Federal Reserve Bank of St. Louis titled, “Harvesting Opportunity: The Power of Regional Food System Investments to Transform Communities.”

Warren is also frequently in touch with an array of academics, including several of her former students — slipping naturally from easily digestible campaign trail rhetoric to her native ivory tower vernacular.

“In economics, they have reached out for advice from some important academics that are not really from the standard D.C. policy circuit,” said Austan Goolsbee, a senior economic adviser to Barack Obama’s 2008 campaign who served as chairman of the Council of Economic Advisers. He cited Berkeley professors Emmanuel Saez and Gabriel Zucman, who have done pioneering research on inequality and helped Warren’s campaign develop its wealth tax proposal.

“Warren’s campaign seems to have much deeper academic knowledge than other campaigns at this early stage,” Saez told Politico in an email. He said he’d had “ongoing sporadic” conversations with people in Bernie Sanders’ camp since 2016 but had not heard from any other campaigns.

The approach has produced more detailed proposals than any other presidential rival and, to the surprise of even some in Warren-world, become a political asset. Her “I have a plan for that” rallying cry has, improbably, electrified crowds and achieved meme status.  Jacob Leibenluft, who worked on policy on Obama’s campaign in 2012 and Hillary Clinton’s in 2016, said what’s unique in Warren’s case is her ability to weave her far-reaching policy ideas “into a broader worldview.”

Given Warren’s oft-repeated assertion that “personnel is policy,” the thinkers behind her anti-establishment agenda are the sort of people who might fill a Warren administration: Intellectuals inclined to challenge conventional wisdom, and people long on expertise in their subject matters but shorter on experience in the hard-knock political arena.

Warren’s campaign policy team—four people on staff, plus a close outside adviser who’s a professor at Vanderbilt University Law School—match that profile. All of them have degrees from Harvard or Yale, some two.” Some policy shops of the past were a collection of ad hoc smart people, or folks doing a campaign stint in order to get a job in the next administration,” said Adam Green, who supports Warren and has worked with the senator and her team over the years as co-founder of the Progressive Change Campaign Committee. “Warren’s policy shop is an extension of her brain. They get her big-picture worldview. Debates within her team represent the intellectual questions Warren would ask herself.” … [To read the full article, click the following LINK – Ed.]
______________________________________________________

Donald Trump is waging a nonstop, all-encompassing war against progressive culture, in magnitude analogous to what 19th-century Germans once called a Kulturkampf. As a result, not even former President George W. Bush has incurred the degree of hatred from the left that is now directed at Trump. For most of his time in office, Trump, his family, his friends, and his businesses have been investigated, probed, dissected and constantly attacked.

In 2016 and early 2017, Barack Obama appointees in the FBI, CIA, and Department of Justice tried to subvert the Trump campaign, interfere with his transition and, ultimately, abort his presidency. Now, congressional Democrats promise impeachment before the 2020 election.

The usual reason for such hatred is said to be Trump’s unorthodox and combative take-no-prisoners style. Critics detest his crude and unfettered assertions, his lack of prior military or political experience, his attacks on the so-called bipartisan administrative state, and his intent to roll back the entire Obama-era effort of “fundamentally transforming” the country leftward.

Certainly, Trump’s agenda of closing the border, using tariffs to overturn a half-century of Chinese mercantilism, and pulling back from optional overseas military interventions variously offends both Democrats and establishment Republicans. Trump periodically and mercurially fires his top officials. He apparently does not care whether the departed write damning memoirs or join his opposition. He will soon appoint his fourth national security adviser within just three years.
To make things worse for his critics, Trump’s economy is booming as never before in the new 21st century: near-record-low unemployment, a record number of Americans working, increases in workers’ wages and family incomes, low-interest rates, low inflation, steady GDP growth, and a strong stock market.

Yet the real source of Trump derangement syndrome is his desire to wage a multifront pushback — politically, socially, economically and culturally — against what might be called the elite postmodern progressive world. Contemporary elites increasingly see nationalism and patriotism as passe. Borders are 19th-century holdovers.
The European Union, not the U.S. Constitution, is seen as the preferable model to run a nation. Transnational and global organizations are wiser on environmental and diplomatic matters than is the U.S. government. The media can no longer afford to be nonpartisan and impartial in its effort to rid America of a reactionary such as Trump, given his danger to the progressive future.

America’s ancient sins can never really be forgiven. In a new spirit of iconoclasm, thousands of buildings, monuments, and statues dedicated to American sinners of the past must be destroyed, removed or renamed. … [To read the full article, click the following LINK – Ed.]

Warren Openly Supports Anti-Zionist Group’s Call to Pressure Israel ‘To End the Occupation’:  Jewish Press, July 10, 2019 — Sen. Elizabeth Warren (D-Mass.), who is running for president in 2020, responded affirmatively on Monday to the anti-Israel group IfNotNow calling on her to pressure “the Israeli government to end occupation,” defined as “stealing Palestinian land.”

Larry Johnson: Exposing the Fraudulent DNC Suit Against Trump for Russian Collusion: Jim Hoft, MILG-POPS, June 18, 2019 –– The Democrats are in big trouble now that the plot to destroy Donald Trump’s Presidency is being uncovered. The facts that will be revealed in the coming months will fully expose the foundation of lies and show that the FBI and the U.S. intelligence community were weaponized against U.S. citizens who dared oppose Hillary Clinton.