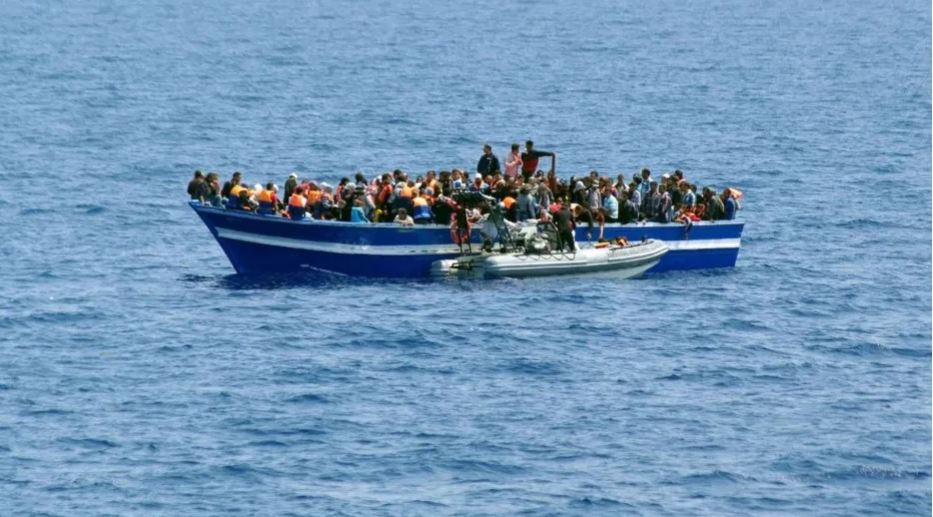 From the Jerusalem Center for Public Affairs comes a study on the migration crisis that has been dividing and straining the European Union for many years. Fiamma Nirenstein, a celebrated journalist and author, as well as an expert in the Middle East, human rights and anti-Semitism, introduces the topic. She is a former member of the Italian Parliament and now a member of many organizations, namely NGO Monitor and European Friends of Israel. She is also a co-founder of the Interparliamentary Coalition on Combating Anti-Semitism. Five more highly qualified authors each contribute a chapter on migration.

This practical handbook – barely surpassing 100 pages – is ideal for the student interested in the Syrian migrant crisis, for the politician and decision-maker studying matters of immigration, and for those who wish to form an opinion without referring to sensationalist news sources. The book’s chapters reflect each contributing author’s respective style, but all share a light, easy to read tone seldom found in academic works. The reader will find that the book feels more like, say, a panel discussion or a seminar rather than a dry essay. However, neither depth of research nor quality of argumentation are sacrificed: the authors use abundant sources and include various explanatory graphs and data.

While it is preferable in academia to avoid citing non-peer-reviewed sources such as The Independent and The Guardian, their use is kept to a strict minimum. This is often the case with works addressing very recent world events, as the amount of scholarly literature on the topic is fewer in number compared to more updated information. As for the arguments themselves, the writers make sure to state only essential points, making for a seamless flow of logical sequences. These aspects make Nirenstein et al.’s book one of the most accessible academic publications for both the general public and experts in the field.

The Migration Wave into Europe, just like the real phenomenon, contains moral, political, and social aspects. The book delves into these topics one by one, from one author’s chapter to the next. Nirenstein’s opening chapter The Immigration Crisis in Europe offers the political context of the European Union in the years preceding the migration crisis, explaining for example the EU’s original pan-European ideology, how it was built up, and the increasingly divisive disagreements among its members on the immigration issue. The clash between Germany’s Angela Merkel’s open-door policy and right-wing Italian Prime Minister Matteo Salvini’s hardline stance against immigration, and the divide between Germany and the rest of the EU, are examples frequently cited in the book.

The Arab Spring, Nirenstein writes, sent a shockwave through European political circles, with each member State blaming the other for mismanaging the EU’s response. She also discusses the root causes of the migration crisis, such as the Syrian civil war, the presence of ISIS, African wars, and violent militias such as Boko Haram in Nigeria. She also adds relevant information about the EU’s ideology on immigration: after the Maastricht Agreement, the old conviction about connecting borders was replaced by the idea of destroying them, and the idea of an open-door immigration policy, became reality. This openness to immigration, she argues, constitutes the EU’s very raison d’être.

As mentioned, the book addresses the challenges and the moral duties of the migration crisis. In a conversation with Nirenstein, Asa Kasher, a University of Tel Aviv professor, contributes a chapter on morality and immigration. Does a refugee fleeing war have priority over a migrant simply looking for better economic opportunities? Should one type of immigrant be considered “more important” than another? Why is the EU so often criticized, while African countries on the Mediterranean coast, which frequently put migrants’ lives in danger by trying to profit from their need to cross the sea, are not? What is the EU’s moral responsibility in this crisis? Does each EU member not have a right to accept migrants according to their particular resources, needs and capacities? These questions, among many other moral ones, are discussed in this study.

One cannot ignore the elephant in the room when the issue of the migration wave into Europe comes up: integration of new citizens, clashes between Western, Middle Eastern and African cultures, and terrorism. As the reader will discover, Europeans have a hard time, for example, interesting new immigrants in the practice of democracy. In sum, how does the West successfully integrate people whose cultures are sometimes radically different than its own?

Brig.-Gen. Yossi Kuperwasser, Dr. Ehud Rosen and Eitan Fischberger, in their chapter The Security Implications of Muslim Migration, explain the evolving ideology of Islamism, the Muslim Brotherhood influence on the Muslim world, as well as other Islamist doctrines such as Qatar’s Fiqh al-Aqalliyyat. This legal doctrine, backed by the Muslim Brotherhood, asserts that Muslim minorities living in the West deserve specific laws so that they may keep practicing their religious beliefs. This doctrine’s goal is to secure partners in European society to ultimately spread Islam’s influence worldwide.

The authors focus on the Brotherhood’s influence in Europe, thanks to Qatar’s relentless funding of Islamist organizations that are now comfortably installed in Europe’s political landscape. They also cite many examples of these organizations’ promotion of terrorism, anti-Semitism, and anti-Western sentiment to European Muslims. Afterwards, they analyze the level of security and terrorist activity in many EU countries, namely Germany, France, the UK, Belgium and Italy. These experts acknowledge that taking in large numbers of refugees is a noble cause, and that the majority of these refugees are simply looking for a better life. However, there is a small portion whose only goal is to carry out deadly attacks in Europe and to radicalize the Muslim population.

Ambassador Alan Baker’s chapter on international law, norms and principles can be considered the purely legal portion of the study. He brings together dozens of international conventions, laws and principles on human rights, refugees and asylum seekers. This chapter is immensely useful, providing directly useful knowledge on international laws guiding the behaviour of the actors involved in this migration crisis and every other migration issue the world has seen and will see. The laws that Baker includes have many sources: among many others, the UN, the EU, the International Organization for Migration, and the International Covenant on Civil and Political Rights.

Finally, the book asks the question: Where do we go from here? Tommaso Virgili, member of the European Foundation for Democracy, discusses the challenges of socio-cultural integration of newcomers. He describes the operation of reception centers, efforts to integrate and to host newcomers. He points out the complicated balance European officials need to be aware of: on one hand, embracing human rights and welcoming in refugees, and on the other hand, not being so naïvely optimistic and ignoring socio-demographic and security implications.

Ambassador Dore Gold, in the book’s afterword, argues that Israel can help control this migration wave. Indeed, as he explains in a discussion between Israeli and Italian officials, the possibility of the Israeli navy’s detection systems helping Italy better track migrants crossing into Italy came up. Just this January, Israel and Egypt began military cooperation to fight ISIS in the Northern Sinai. Moreover, Gold writes, Israel’s assistance is not only a matter of self-interest: in helping in the fight against ISIS, as well as in assisting Sub-Saharan countries with water management and agriculture, new migration crises can be avoided. By contributing to better and more secure economic conditions, this can help reduce the need for mass migration, and consequently lessen the strain on the EU’s resources.

Fiamma Nirenstein’s book assembles an impressive roster of authors to discuss the migration crisis in a fully complete and multi-faceted study. It avoids the kind of political correctness that often blocks the conversation from giving concrete and in-depth analyses. Using a great deal of detailed legal, statistical and political content, the authors manage to argue their respective ideas well, while giving enough information for the reader to make up his own mind.