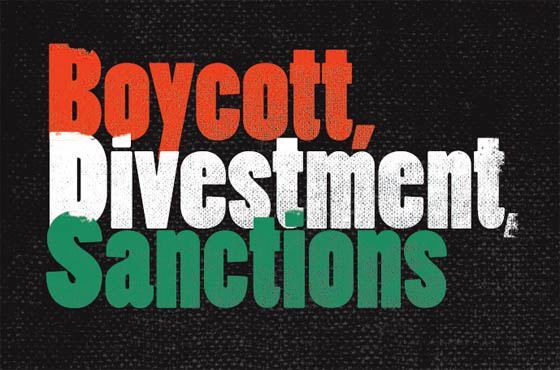 It must be difficult at the moment to be a member of the Boycott, Divest, Sanctions (BDS) Movement. The group, which calls for a boycott of Israel until it is replaced with “Palestine,” has racked up an impressive amount of recent failures. The group called for AirBnB to end its listing of Jewish settlements in the West Bank/Judea & Samaria.  Although AirBnB planned to do this, it swiftly reversed course and condemned BDS. One of the group’s biggest vocal backers, Roger Waters of Pink Floyd, called for Madonna and countless other artists to boycott the Eurovision contest, held in Tel Aviv this year. Nobody ended up heeding his call. Instead, Waters was ridiculed on April Fool’s Day by an Israeli government Twitter handle. A similar social media campaign was used against the movement directly–promoting Beautiful, Diverse, Sensational (BDS) Israel. More humiliatingly, it was revealed that the “masses” that supposedly support an Israel boycott were a bunch of online bots.

Many in the Jewish/Israeli community, or other Zionist activists, have fretted about BDS for years. They saw the hostile attitude towards Jews and Zionism on many college campuses, and feared the worst. But Eurovision in Israel was a huge success. While many countries have hosted larger tourism numbers for the contest, one must remember that the boycott likely had nothing to do with smaller (yet still significant) crowds in Tel Aviv. Tensions between Israel & Hamas caused fears of violence, while Israel is known for being an expensive tourism destination. If BDS were really behind the smaller crowds, then why did the masses of Europe (and other contestant countries) vote for Israel to win in 2018? Why did no one heed BDS’ call to boycott the competition? Hatari, the leftist BDSM band that supported the boycott, still performed in Israel and visited tourist sites anyways. Their cheap attempt at “solidarity” was rejected by BDS; ridiculed by El Al (Israel’s national airline); and might have cost Reykjavik in next year’s contest.  Meanwhile, Israel’s tourism industry continues to grow. At the same time, Germany’s parliament, the Bundestag, has condemned BDS as anti-Semitic. Right-wing, left-wing, and centrist parties all united to pass the motion. Countless universities and colleges in the United States and elsewhere have also recently rejected BDS resolutions on campus.

Israel and its supporters are right to be worried about BDS and immediately take necessary action to counter its slanderous campaign. Israel’s military has always nipped threats in the bud, to prevent a war. The campaign against BDS is operating along similar lines and must continue to do so at full throttle. At the same time, it’s important not to give in to alarmism or continue allowing the “movement” to dominate the narrative or our agenda. Jewish identity or support for Israel does not always have to be justified or constantly tied down to the Palestinians. Many countries around the world that used to be virulently anti-Zionist are now realizing this, which in itself is a significant defeat for BDS.

BDS’ failures have been plain to see for years now. They have a marginal impact on the Israeli economy, if any. They have damaged the Palestinian economy with their efforts instead. They have also failed to diplomatically isolate the Jewish state. Instead, it’s making inroads with the international community and going through a process of semi-normalization in the Arab World. And with consistent political defeats of left-wing organizations or political parties around the world, there exist few, if any, ruling/governing constituencies willing to adopt BDS and forsake Israeli counterterrorism expertise and technological know-how. So what should our policy be? Keep calm & carry on. Israel and its supporters should continue challenging BDS lies and preventing the movement from taking hold. At the same time, we can’t keep giving BDS more publicity with panicked, alarmist and overblown warnings. Maintaining our victory over the “movement” requires a firm yet measured strategic response.

Dmitri is has a Master’s degree in International Peace & Conflict Resolution from Arcadia University and is making aliyah this summer to join the Israeli Defense Forces.