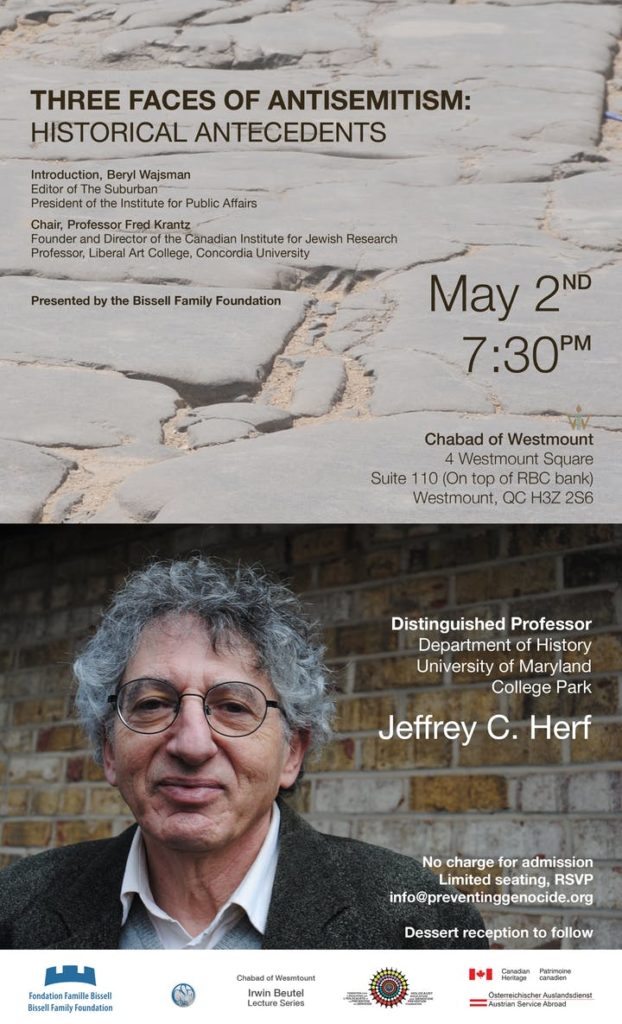 Chaired by Prof. Frederick Krantz, Director of the Canadian Institute for Jewish Research.

Dr. Jeffrey Herf studies the intersection of ideas and politics in modern European history, specializing in twentieth century Germany. He has published extensively on Germany during the Weimar Republic, Nazi Germany, the Holocaust, and on West and East Germany during the Cold War. His research interests now focus on the Nazi period and German and European history in post World War II decades up to the collapse of Communism and the end of the Cold War in 1989.