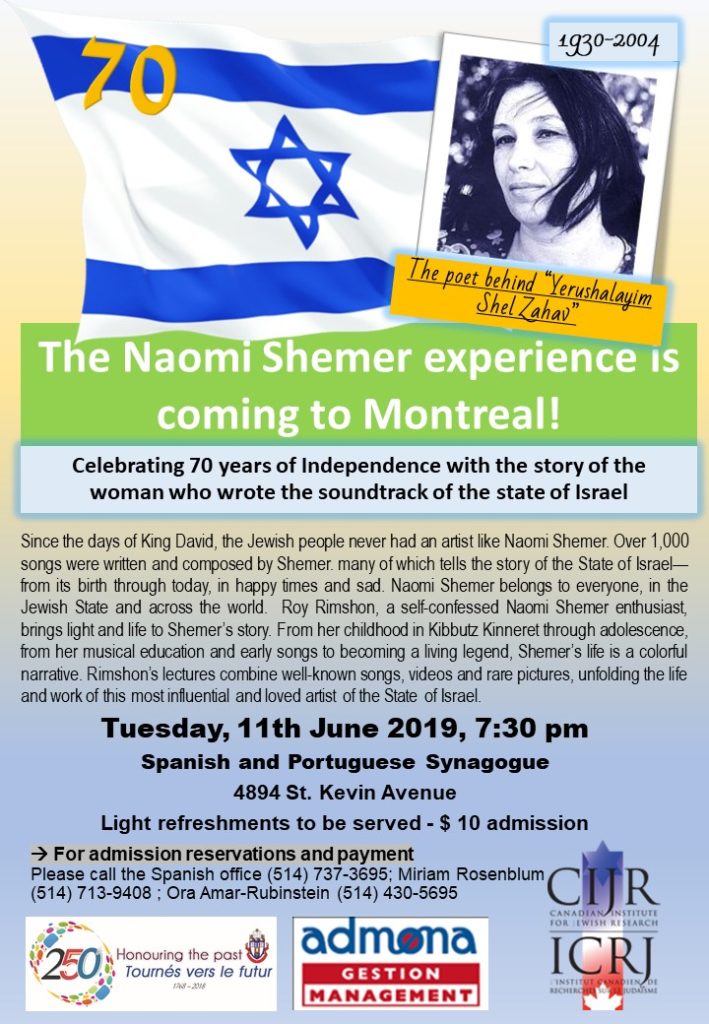 Celebrating 70 years of Independence with the story of the woman who wrote the soundtrack of the state of Israel!

Since the days of King David, the Jewish people never had an artist like Naomi Shemer. Over 1,000 songs were written and composed by Shemer. many of which tells the story of the State of Israel—from its birth through today, in happy times and sad. Naomi Shemer belongs to everyone, in the Jewish State and across the world.  Roy Rimshon, a self-confessed Naomi Shemer enthusiast, brings light and life to Shemer’s story. From her childhood in Kibbutz Kinneret through adolescence, from her musical education and early songs to becoming a living legend, Shemer’s life is a colorful narrative. Rimshon’s lectures combine well-known songs, videos and rare pictures, unfolding the life and work of this most influential and loved artist of the State of Israel.